What do you do when you become pregnant unexpectedly…and your husband is scheduled to deploy…and you have two littles at home to take care of? For Holly, this was her reality.  You’ll hear how Holly managed her last pregnancy and birth, along with her learning process related to hormone health.  It’s a fascinating episode! 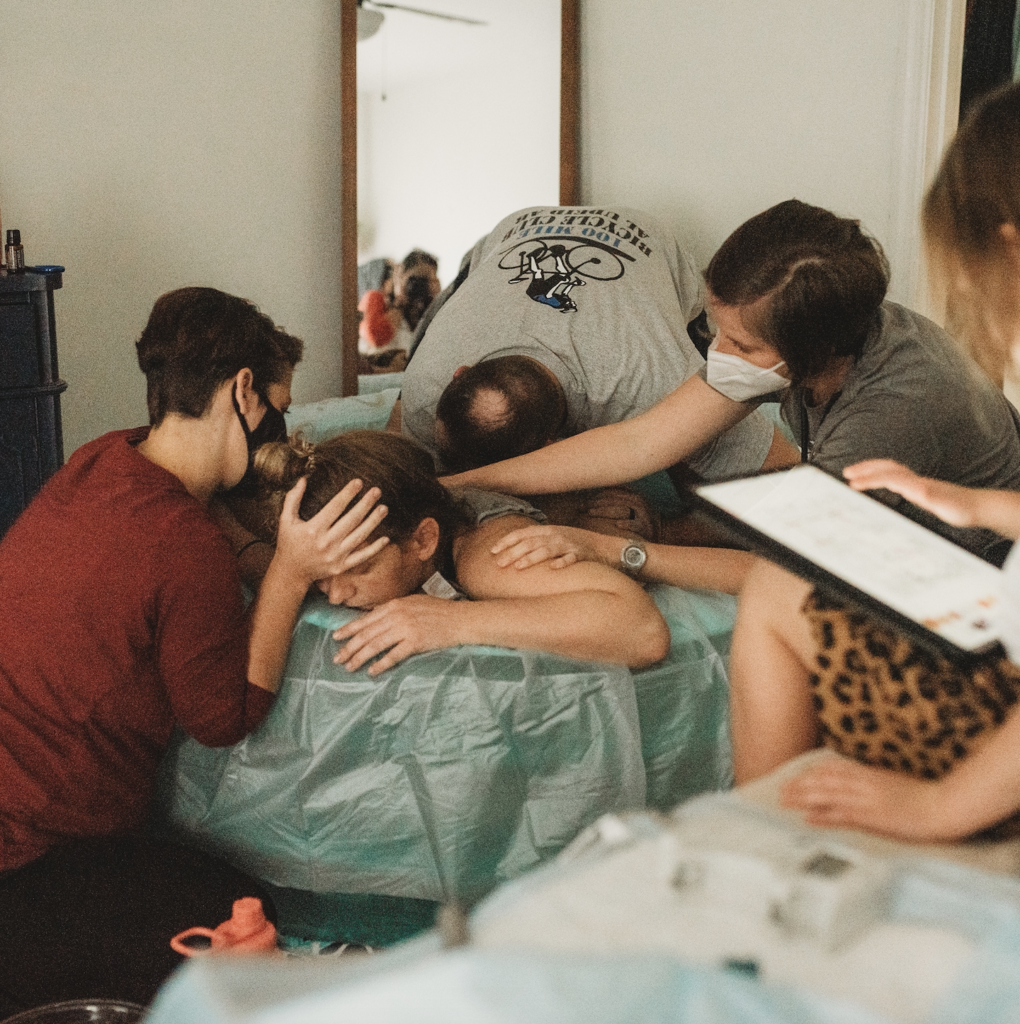 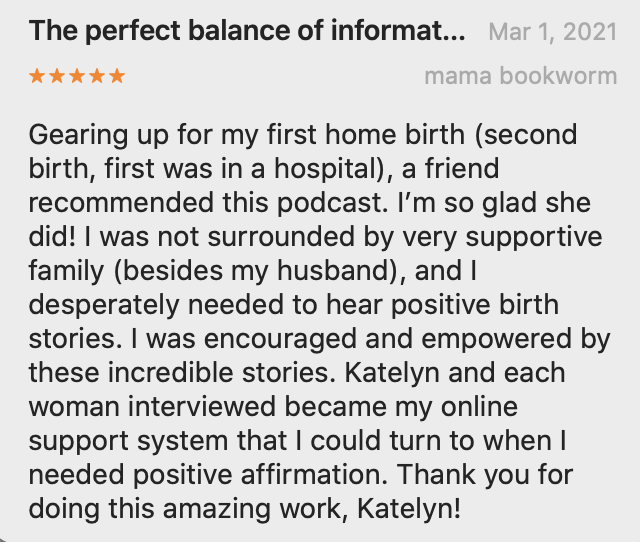 And before we jump in, I want to take just a moment to thank our reviewer of the week, mama bookworm.

Mama book worm, thank you SO much for taking the time.  It means so much to me.  If you’ll reach out to me at katelyn@myhappyhomebirth.com I’ll be sure to send you a Happy Homebirth Podcast sticker.

Okay, let’s get to the fun stuff!

Holly and her husband Will have 3 kiddos- first homebirth was her most recent birth.

Last semester of nursing school, Holly and her husband decided to start trying for their first baby.  They weren’t sure how long it would take them to get pregnant due to some hormone imbalances Holly had.

She went to visit her husband on spring break, happened to be ovulating, and got pregnant the first time!

They moved to Ohio to finish up the pregnant, and Holly ended up having a midwife at the hospital for her care.  She enjoyed her experience.

Labor started in the late evening, and Holly looks back and remembers that she didn’t rest- instead she decided she needed to shave her legs and fix her hair

Soon after, Holly’s water broke, and once that happened, it wasn’t long before baby was born.

At 18months postpartum, Holly and her husband decided to try to get pregnant again.  This was when her hormonal issues began to truly show.

She had several chemical pregnancies and went see an endocrinologist.  They requested that she’d try one round of Clomid + a “trigger” shot to force ovulation, and they got pregnant

Holly experienced a good bit of prodromal labor with this baby

Holly asked to be induced at 41 weeks.

They had to arrive at 4:30, but couldn’t go back until 9— apparently there were a number of emergencies on the floor earlier that day (not what you want to hear!)

Once again, within an hour of receiving her epidural, Holly was ready to push

The transition from one to two children for them was super easy.

Between her last two children, Holly began really considering what she was putting “in, on and around” her body

She knew that if she wanted to have the experience of the natural birth, she would either have to accidentally get to the hospital too late, or she’d have to have a homebirth.  The epidural was like dangling a carrot in front of a horse!

They knew they wanted to have a baby, but they were going to wait until after her husband was deployed in the spring of 2020.

He left for training, and Holly wasn’t feeling well.  When he came home, she decided to take a test—- and they were pregnant!  They were excited, but worried since he was deploying.

She was excited, though, because she’d been working so hard to rebalance her hormones.

She told her husband she wanted a homebirth, and he was uncertain.  They watched The Business of Being Born and Why Not Home, and he was completely on board after that.

Even though she was excited for her homebirth, she was feeling anxiety throughout the pregnancy because she knew her husband wouldn’t be there

Holly did decide to see an OB first, as she wanted to have the anatomy scan, and to have that covered by insurance.

She was not concerned with emergencies, but she was worried about being able to cope with the pain, especially since her husband wouldn’t be there.  That’s where Happy Homebirth (Podcast and Academy) came to the rescue!

Even though Holly is a nurse, she realized that there was quite a bit that she didn’t know or had forgotten that was covered inside of HHA.  It was incredibly helpful in here preparation!

Holly struggled to take care of herself during her third pregnancy.  Some days she would get to the end of the day and realize she hadn’t yet eaten.

There was quite a bit of emotional up and down, as they realized that Will might make it back in time for the birth.  He arrived home 2 weeks before the baby’s birth.

Holly decided to have chiropractic care throughout her pregnancy.  She ended up with an optimally positioned baby!

The evening of labor, Holly woke up and went to take a bath.  She listened to Happy Homebirth and relaxed!

Holly points out that birth does not always go the way you expect— she untangled her baby’s umbilical cord, and exhaustedly leaned back against the birth pool.  She says she can even see it in pictures— how she looked blank, when she expected to be crying and excited about her baby.  The joy came minutes, later but she was surprised by the wait.

When processing this with her doula and mentioning how it made her feel, her doula shared a quote “it is said that during labor, women travel to the stars to collect their babies and bring them back down to Earth” This completely reframed the way she felt about her exhausting and pause after labor—in the best way.

Holly’s birth team became some of her best support while her husband was gone.  Once her care ended postpartum, it felt like quite a loss for her.

Drbrighten.com
Author of “Beyond the Pill”
Ireadlabelsforyou.com
@ireadlabelsforyou
Nicolejardim.com
@nicolemjardim
Author of “Fix Your Period”
Follow Holly at @ourbeautifulmundane on Instagram, and Join her Facebook Group Here!
Posted in Podcast