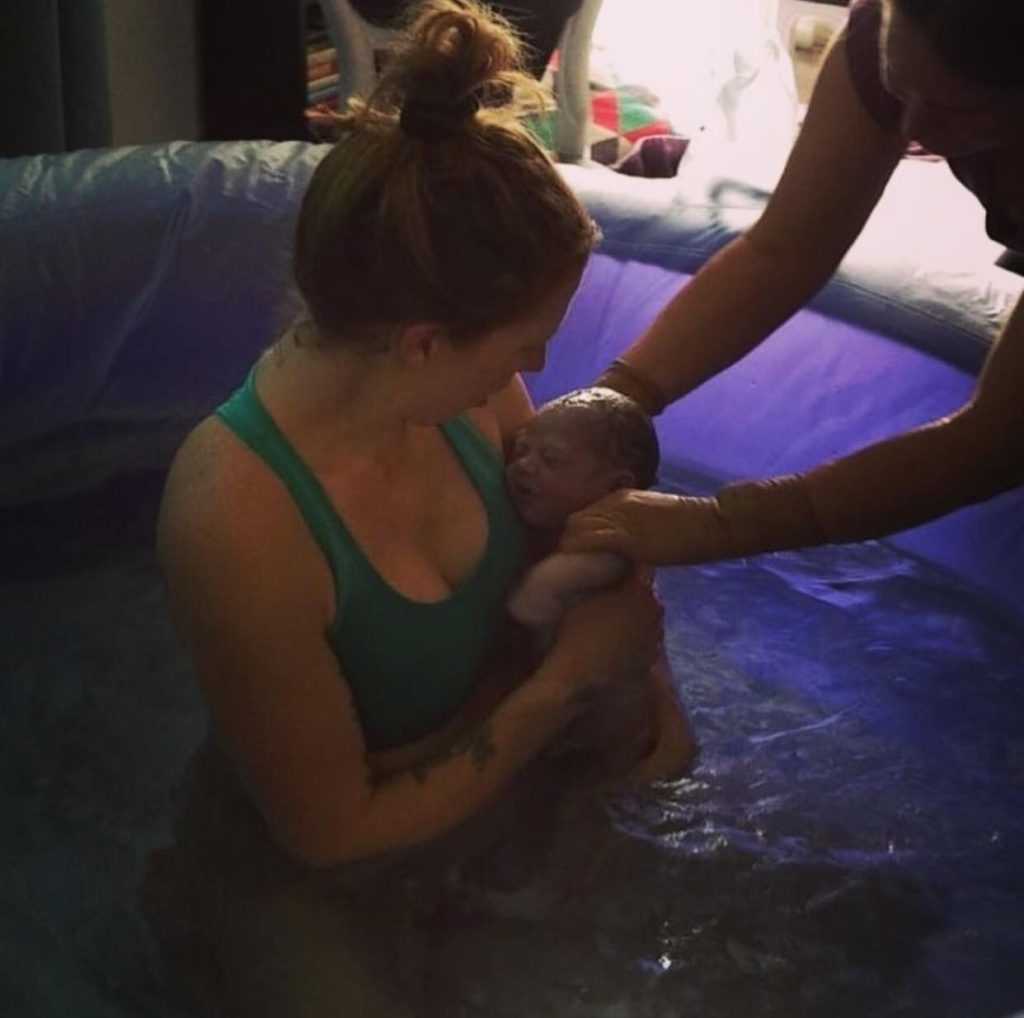 What unpopular child birthing or childrearing practice do you partake in?  Homebirth?  Cloth diapering?  Bed sharing?  I find myself checking many of these boxes… and truth be told, these “unpopular” choices are actually gaining popularity!

I’m so excited for today’s interview with Tori, who is a homebirth mother to two, and author of the new book Ready to Unpop.  She dives into the “unpopular” practices in her book, and sheds light on the benefits and why mothers may choose to make those decisions.  She’ll be sharing her two birth stories with us, and then explaining how this led to her writing this exciting and helpful new book.

Before we jump in, would you take a moment to head to apple podcasts and leave a 5 star rating for us?  Maybe even a nice review?  You’re helping the podcast beyond measure when you do this.  I’d love to thank Rachel Clare, who left this sweet review:

Rachel, If you’ll e-mail me at katelyn@myhappyhomebirth.com I’d love to send you a Happy Homebirth sticker! 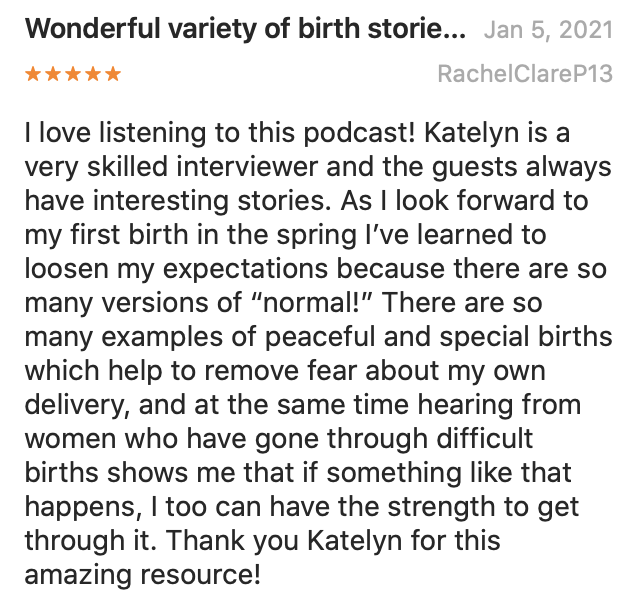 Her first birthing experience went unaccording to plan.  She was initially seeing an OB because she thought that her pre-existing condition of arthritis would risk her out of homebirth.  When her OB told her that was not the case, she decided to switch.  He was willing to serve as her backup. She knew that she wanted a natural birth, but her partner and family were uncomfortable with the idea of a homebirth.  Instead, they planned to give birth in a freestanding birth center.

As her labor began, she called her doula.  She was feeling intense contractions, but was confused, as everyone expected her first labor to be very long.  After conversing with her midwife, the midwife decided to come to her home and check up on her.  Once she arrived and performed an exam, she asked, “Would you be okay with having the baby at home? I don’t think you’ll make it to the birth center.”

Tori’s midiwife went to grab her equipment, her partner grabbed extra towels, and they readied themselves for an unexpected homebirth.

The birth went beautifully, and Tori knew that if she had another baby, it would most certainly be a PLANNED homebirth.

Her birth team was preparing for a super fast birth, so when she went into labor, Tori was nervous that she wouldn’t call everyone in time.  She had her doula come over, and contractions seemed to slow a bit.  They all decided to sit down and watch Titanic.  Later, Tori found out that her daughter was born on the day the Titanic set sail, and her due date was for the day it sank.  She had no idea of this when she picked out the movie!

Soon, contractions started back.  Her midwife came over, and helped her with suggestions to have her water naturally break.  Once it did, the intensity greatly increased.

Tori hopped into the birth pool and gave one push, and the head of her baby was out.  Once she was fully out, the midwives recognized that the baby was not yet responsive.  They performed resuscitative measures for 3 minutes, and her baby took her first breath.

Tori’s experiences have led her to write a book, “Ready to Unpop,” which she hopes will bridge the gap between the mainstream and more holistic models of care.  Her goal is to show mothers that these holistic practices aren’t just for hippies— and that no matter where you choose to give birth, you deserve to be supported!