When your first homebirth turns into a transport, what do you do with baby #2?  Do you plan for the hospital, or attempt another homebirth?

Today we’ll be speaking with Nicole, who had to decide just that— should I try again at home? 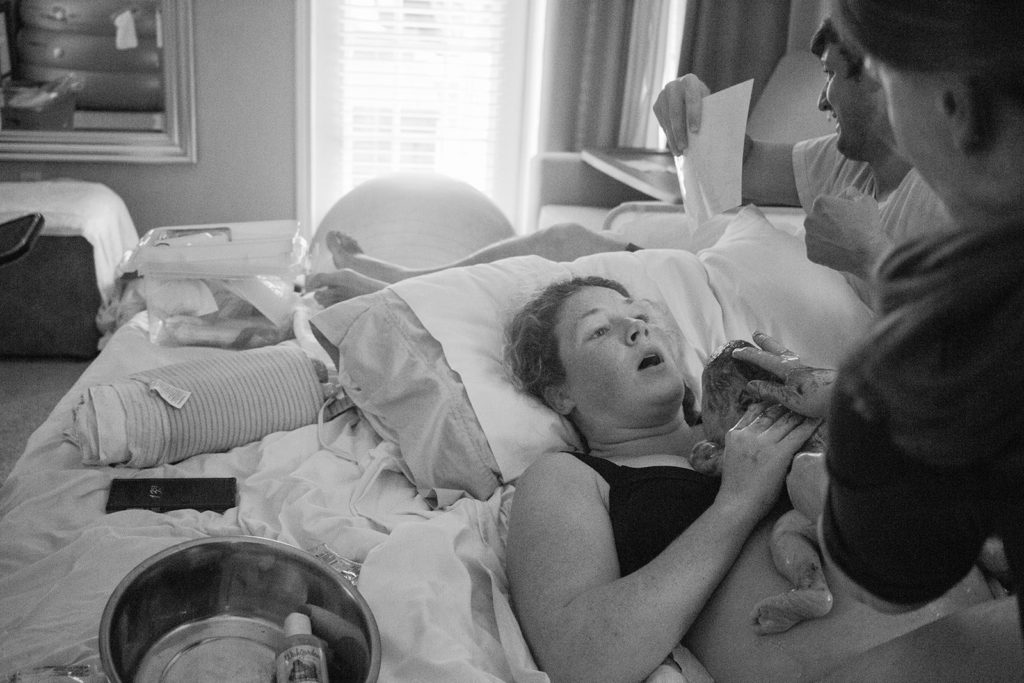 Today we’ll be speaking with Nicole, who had to decide just that— should I try again at home?

Now before we jump into the episode, I want to remind you of some super exciting news.  This week I’m hosting a free learning event— Homebirth Mythbusters: The 5 myths you need to bust to have a happy homebirth.  This masterclass is perfect for you, whether you’ve already chosen to give birth at home, or if you’d just like to have some questions answered before you make a decision. Head to myhappyhomebirth.com/mythbusters and reserve your seat.  A replay will be available, should you not be able to make it live.  But… attending live is perfect so that you can have all of your questions answered!

Thanks so much, Jersey Girl!  Please send me an email at katelyn@myhappyhomebirth.com and I’ll send you a happy homebirth sticker 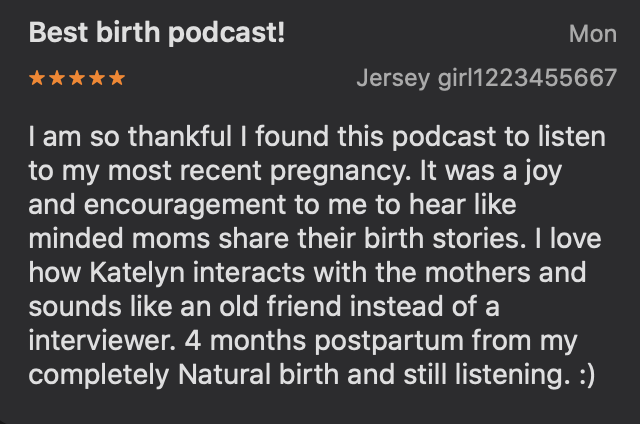 She delved into homebirth stories at that time— she didn’t think it was something that she would do with her first, but they watched The Business of Being Born and decided to look into it

At 41.3, Nicole’s midwife did cervical acupressure, which dilated her from 2 cm to 3 cm

She was desperate to have her baby— she was doing everything she could to get labor started.

After 36 hours of labor, they transported for pitocin

With the second baby, there was no doubt that they’d attempt a homebirth.  However, Nicole did have concern that her body might not “work”.

However, the transport was so successful, she wasn’t worried about being under the care of a midwife again anyway.

Nicole learned about Happy Homebirth Podcast and began listening.  When she realized that Happy Homebirth Academy was available, she immediately purchased it and immersed herself in the program.

She and her husband bonded through preparing with one another again.

On her due date, Nicole and her family decided to go camping.  They camped, then in the morning they went on a 3-hour hike.  She was exhausted, so she took a nap, which was irregular for her.

Later on in the day she noticed that her Braxton hicks contractions seemed a bit crampier.

That evening, Nicole’s parents suggest that they go home just to be safe.  Nicole agreed, but not because she thought she was in labor—only because she wanted to sleep in her comfortable bed!

35 minutes into the ride, she had her first “very real” contraction.  Suddenly they were coming consistently.

The second midwife came to check her when she got home and let her know that she was at 2 cm, so likely in early labor, but it could be a long time.

Nicole rested through the night, even though she was experiencing contractions throughout

She noticed that at this labor she was able to cope much better this labor.  Where last time she NEEDED people to hold and help her, this time she only needed her husband to remind her to breathe during contractions.

Suddenly, Nicole’s labor went from 0 to 100.  Her husband texted the midwives, and one headed over.  Once she arrived, she checked Nicole and told her she was complete with her bag of waters bulging

Nicole was in shock that not only did her body “work”, but it worked so quickly!

She wasn’t ready to push, though, but finally realized that it was her bladder was completely full, but she wasn’t able to pee.

Her midwife realized that he baby was asynclitic, and his head was untucked.  Because of this position, Nicole had to lie down on her bed with her knees to her chest.  Her midwife helped maneuver his head with each contraction to help him exit the birth canal.

Once her placenta was removed, they realized that it was bi-lobed, which means it looked almost like two placentas.  It was anterior, so between these two issues, that’s probably why her baby was having a difficult time exiting in the right position.

What a lovely episode.  As we head into this weeks episode roundup, I’ve got a few thoughts I’d love to cover.

Okay my friends, that’s all I’ve got for you this week… I’m looking forward to seeing you at our Homebirth Mythbusters class!