Have you always known that you wanted to have biological children, or is that something that came with time?

Nikki’s decision to have biological children wasn’t one that she and her husband had in mind for the majority of their 13 years of marriage. Her decision took time and much consideration, as you’ll soon hear. 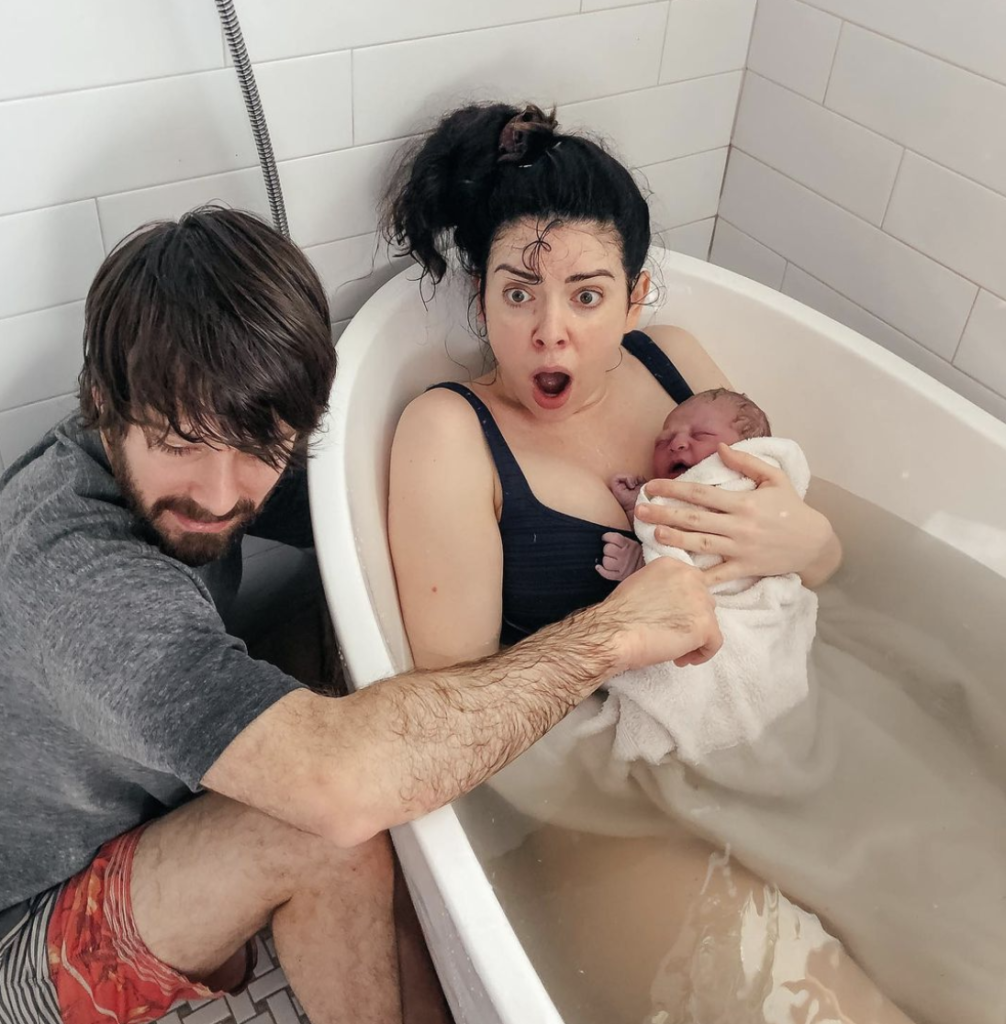 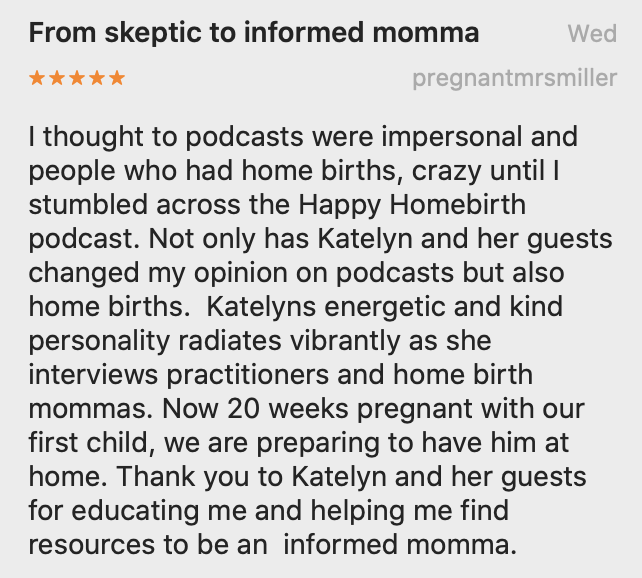 Before we get started, can I ask you a favor?  If this podcast has been of help to you, could you hop over to apple podcasts and leave a 5 star rating, and hopefully even a review?  It’s an easy, free way to support the show, and it truly means the world to me.

I’d also love to thank our reviewer of the week, pregnantmrsmiller.  Please email me at katelyn@myhappyhomebirth.com so I can send you a Happy Homebirth podcast sticker!

Nikki listened to to every single podcast episode leading up to her pregnancy, and she felt it truly helped her prepare for what was to come.

She originally thought she and her husband would only foster/adopt their children.  She explains how that changed in this Youtube Video: Why I Changed My Mind About Having  Babies

Nikki’s dealt with chronic pain since she was 13 years old, so the though of being pregnant terrified her.

Now that she’s experienced the miracle of creating life,

Nikki would love to have lots of biological children, though they may also still adopt, too

Nikki’s pregnancy: It was half horrible, half perfectly fine!

She aimed for a very low-key stress-free pregnancy.  She ate well through the book Real Food for Pregnancy by Lily Nichols

As soon as she became pregnant she began researching

She went to a birth center and met with a midwife there.  When she left, she thought, “This is like a fake version of what I actually want.”  She then did a vlog in a Kroger’s parking lot sharing about how if she weren’t pseudo internet famous, she thinks she’d have a homebirth, because it’s what feels right for her pregnancy.

So many people messaged her saying “don’t let that stop you!”

At the original appointment, the midwife bothered her in two big ways:

She reached out to one more midwife, Jen, and she immediately realized she was the one for her.

Nikki’s opinion: If you’re not going to prepare, you’re going to end up with something you don’t want.

She dove down and read books and consumed 70% positive birth content with some bits of “what if” transport stories to feel prepared no matter what.

The end of the pregnancy was hard for her, but she doesn’t feel confident that she felt any worse than any other woman

She mentions that she didn’t have many checks or tests during her pregnancy, and for the next she’ll do even less.  She did the glucola test, which didn’t give accurate results because she never has sugar.  She learned that next time she’ll decline or test her blood sugar at home instead.

The night she went into labor, at 12:30am her husband was feeling sick, so he took some Nyquil.  Not long after, Nikki had to go pee.  When she wiped, she realized there was blood.  She tried to wake Dan up, but he couldn’t get up— He’d just taken Nyquil!

Nikki labors by herself for a few hours, then wakes Dan up.  He goes to fill up the birthing pool, and she suddenly feels something “stuck”….He looks to see that her bag of waters is bulging out of her vagina.  Dan snaps a picture and sends it to their midwife, Jen.

Jen heads out and lets Dan know that he may be catching the baby without her there.  He’s excited!

Nikki remembers her mom saying, “Oh, you’ll love your baby so much that you’ll forget the pain.”  She says that she didn’t forget the pain— it was painful to her—but because she was so loved and supported during it, she has nothing but love and positive feelings around it.

She feels like it’s important to note that there are people who come out of the birthing experience and into postpartum unscathed.  Her recovery was relatively easy, and she feels that much of that is related to the fact that she had such a wonderful birthing experience.

Isn’t Nikki so personable AND insightful?  Honestly, choosing the clip to play at the beginning of the episode was so hard, because she had so many great points!  As we head into the episode roundup, let me cover a few:

Okay my friends,  make sure you go check Nikki out on Youtube and Instagram.  Like I said at the beginning, she’s such a lovely balance of personality and insight.  It was a blast having her on the show.  Alrighty, that’s all I’ve got for you today.  I’ll see you back here next week.