Trauma— how does trauma of all types impact or influence your pregnancy, labor and postpartum?

Today’s episode is beautiful, but very serious.  We’re speaking with Midon, who has experienced a long journey of learning about early childhood traumas, and how they greatly impacted her most recent birth.  We’re going to share about the importance of talking about these traumas, not leaving them unattended to fester, which can feel like the easier path.  Now, I always do my best to be up front regarding difficult content so that you can make the choice to listen now, or perhaps save it for later when you feel more prepared or in a safer mental place.  This is very likely an episode that you’ll want to listen to with ear buds if you’ve got young ears around. Starting now, because I’m going to tell you what’s coming.  We will bring up some very triggering topics including growing up in a cult, sexual assault and mention of rape, birth assault and trauma, and alienation from family members.  I know it sounds heavy, and it is, but there is light at the end of the tunnel, and Midon is an absolute joy to speak with.  You’re going to gain so much from what she shares about herself and several clients who agreed to let her share bits of their stories, and even if you don’t relate directly to her experiences, this story has given me a whole new compassionate lens for the experiences of others. 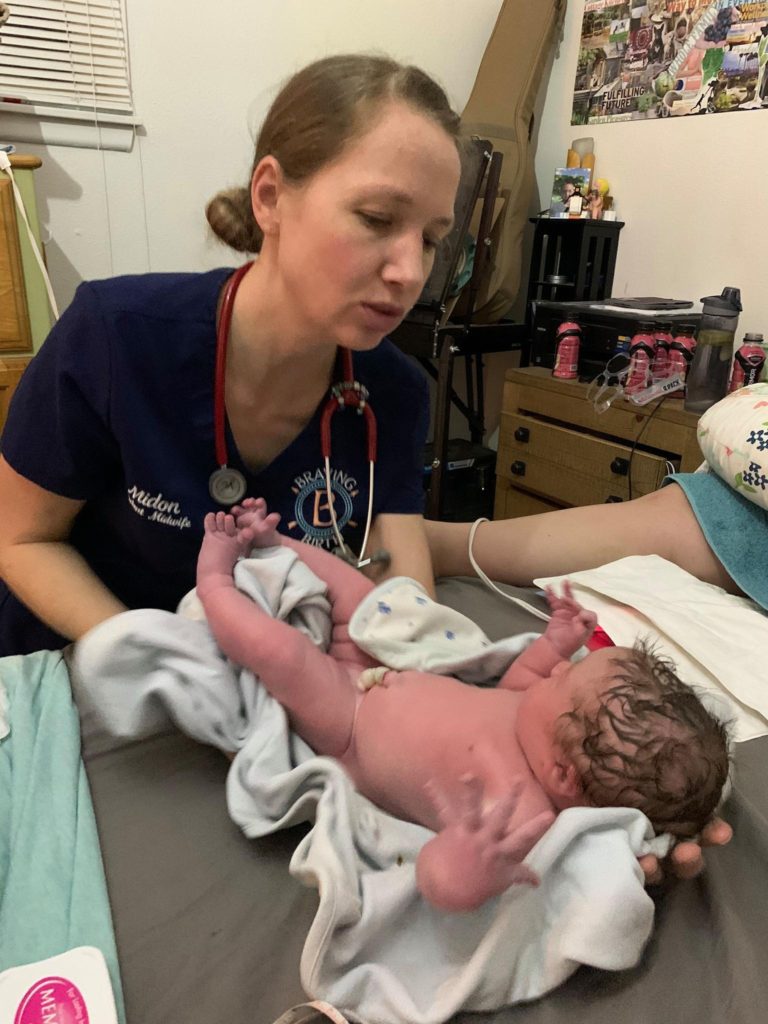 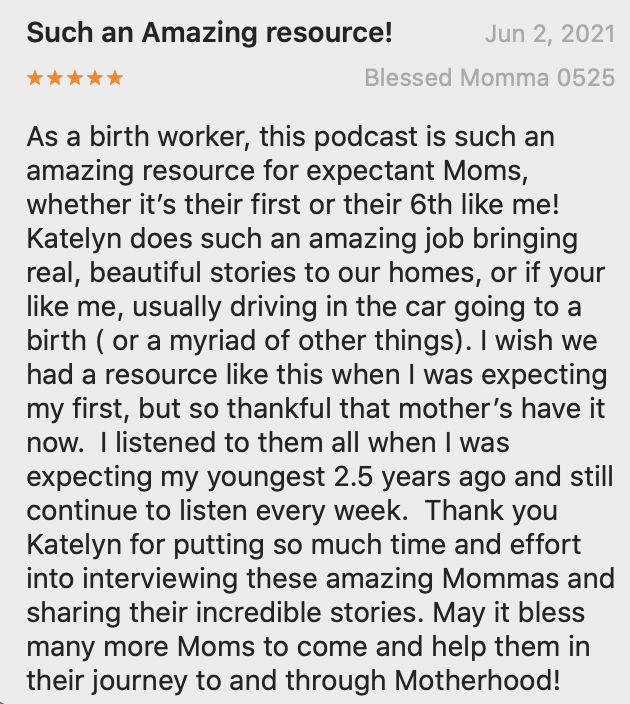 Let’s thank our reviewer of the week, Blessed Momma 0525

If you’re loving this show, would you hop over to apple podcasts and leave a *hopefully* 5-star rating and review?  I always pick a reviewer of the week, and I’ll be sure to send you a podcast sticker!

And before you hop off, would you take a screenshot of this episode and share it on your instagram stories?  Tag happyhomebirthpodcast and let us know what takeaway or strength you drew from this episode!

Had barely any memories before the age of 10

She lived in 2 cults, lived there until 18- met her husband and was married 4 months later

She wanted a midwife, but ended up with an OB in the hospital- it was an incredibly traumatic birth- forceps, couldn’t stand up for 9 weeks, broke her tailbone

The nurse forced her to keep her eyes open

When she left the cult, she was shunned by her family

Her family left the cult, her mom contacted her and wanted to be there- her body held baby in until her mother left

It was a quick, 6 hour birth- her midwife was very compassionate

She had a great third birth

In her 4th pregnancy she began having pelvic issues

Her husband then had a vasectomy

Midon was legally adopted as an adult

They had the vasectomy reversed- Midon became pregnant immediately after

She had to find a new midwife- it was the fastest birth yet, 4 hours

Had preterm labor @ 35 weeks, but they were able to stop the labor and he stayed in until 40.6

It was the roughest labor she had ever had

She was in so much pain, but she didn’t say anything- she thought she was screaming out loud, but she never did.  It made her wonder, “why does this happen?”

People with trauma don’t know how to speak

-3m pp- broke down to her adopted mom

-Interview with pelvic floor specialist- asked lots of questions that made Midon begin to question her childhood “bicycle” accident.

Wasn’t that such an amazing story?  Midon’s still on her journey to healing, and I highly encourage anyone who recognizes a need to heal trauma to join her in the new community she’s created.

As we head into this week’s episode roundup, I have a few thoughts I’d like to discuss

Thank you Midon for your willingness to share and expose the difficulty through which you’ve walked.  It was such a blessing to have you on the podcast.

Okay my friends, that’s all I’ve got for you today.  I’ll see you back here next week.

The Cover Me seat by Baby Trend

Take Your Homebirth Education to the Next Level: