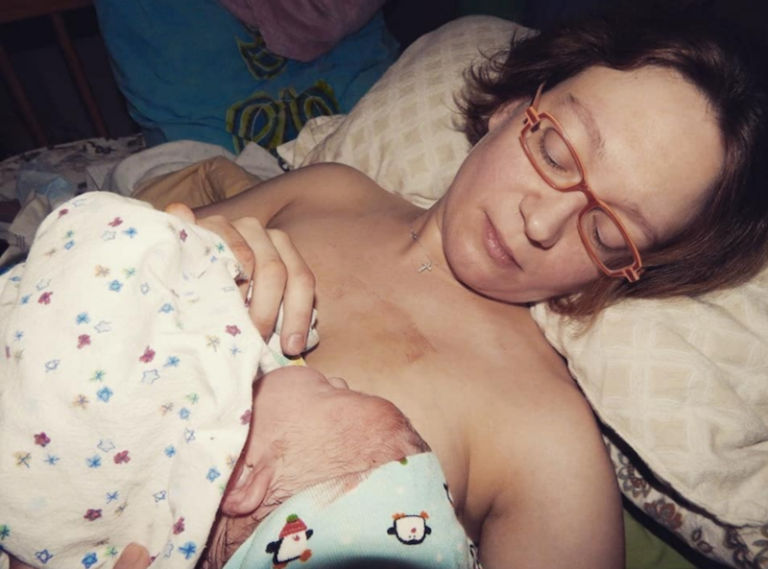 Thank you to our sponsors:

Manning came out facing Sarah’s right side with his hand up by his face.

1. Just because your labor is long or arduous the first time does not mean it will always be that way.  Each labor is different.

2. Sarah took the time to see out a CPM even when it was difficult.  She felt it important to have a certified midwife who is held to very specific standards, no matter what the state requires or does not require.

3. Disclaimer: I will begin adding a disclaimer at the beginning of each episode to remind you that the views expressed in these interviews are not necessarily my own, but this is a space for all to share their stories.