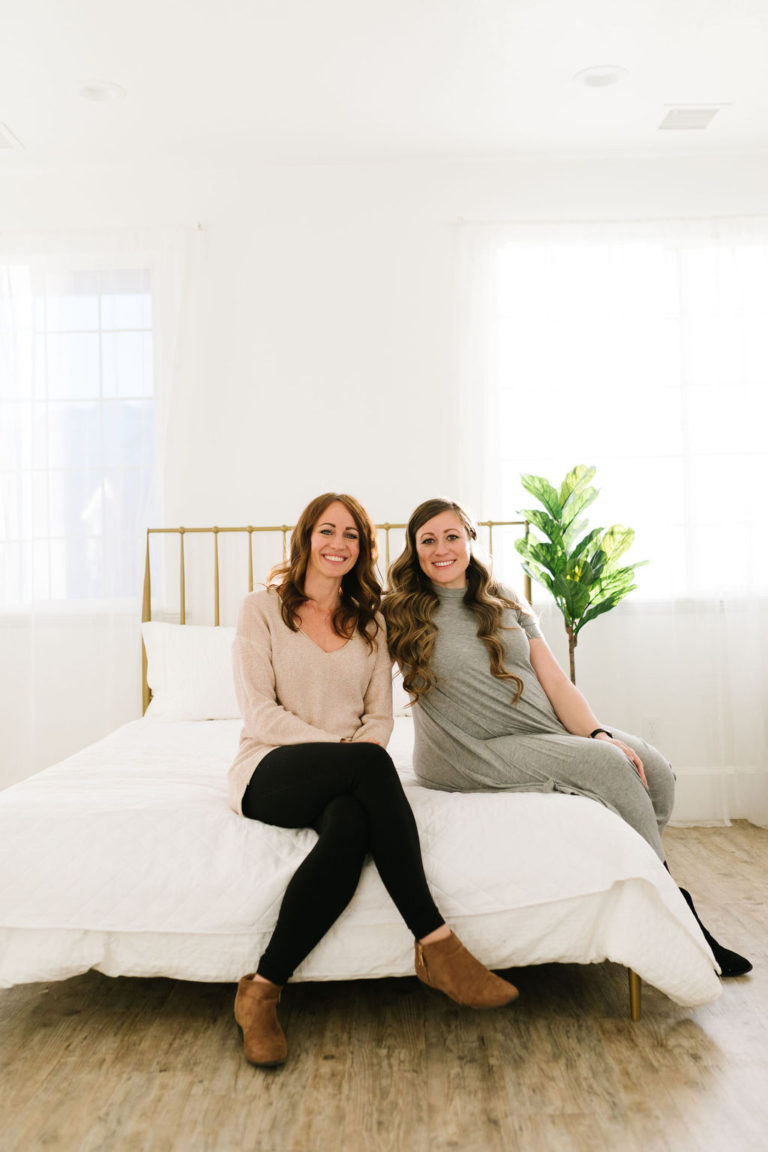 We Love You, Sponsors!

April and Aleena are sisters, Aleena is the oldest, so she gets to go first! Aleena has 4 children and a loving husband. Her kiddos are 13, 11, and a pair of boy/girl twins who are 9.  Her family has moved a round a bit, but they now live in the Boise, Idaho area—7 minutes away from her sister, April! April has 4 kids with a babe on the way—She has 3 little girls: 7, 5, 4, and a 2 year old boy. These two sisters own the company Dear Darby, which was created about 1.5 years ago. April has been a doula for almost 7 years, and Aleena has been for about 2. April had mentioned how much she would love to create a functional/beautiful labor gown.  After attending her first doula birth in the hospital, Aleena completely agreed and knew they had to make this product happen. April had be having homebirths, and felt that there was nothing on the market for mothers that was functional for that setting, either. Typically sports bras and a skirt or pants are the go-to, beyond the typical birthday suit! The gowns they saw on the market were often replicas of hospital gowns, just in pretty colors. Their product has finally launched (about a month ago)! “Women are too important and birth is too important for you not to show up as your best self” This is what inspired these sisters to create a luxury labor gown for all birth settings. Backing it up, we go into more detail about Aleena and April’s personal stories. Aleena’s last pregnancy was a twin pregnancy, and as she says, “It was a doozy!” Her first two births were with a midwife in the hospital.  When she moved to Las Vegas, she found out that at that time, Las Vegas did not allow midwives in the hospital.  She had to go through 3 OBs to find one who was even willing to consider doing a vaginal twin birth. Aleena tells a really neat story of her mom having a premonition that she would have twins—and she didn’t find out until her 20 week ultrasound that they were actually twins.  “They put the ultrasound machine on my belly, and I see two babies.  So I said, ‘Oh, is that an echo?’ And the lady said, ‘Oh, you didn’t know you’re having twins?!” During the birth, Baby A came out head first, and Baby B ended up being breech. Luckily Aleena was able to have the vaginal birth that she desired! Because Aleena had an amazing unmedicated birth, all of her sisters decided to follow suit. By the time April was beginning to have children, she was very comfortable with the idea of an unmedicated birth. With her first birth, April planned to have a hospital birth. However, around 28 weeks, she started considering other options.  The midwifery practice she was with was rather large, and she felt that she had to keep explaining herself and her goals again and again to new people. “I wanted whoever was up in my business to be my best friend!” She decided to change to a birth center, and loved her experience. Later, she realized that the only part she didn’t like about the birthing experience was getting in the car and driving to another location.  For that reason, she decided to have her next babies at home! It was actually Aleena’s birth that April witnessed that gave her the “birthworker bug” (at the age of 21!) Aleena has been a doula and childbirth educator for 2.5 years now. She owned a health and nutrition store for about 7 years prior to that.  She’s always been an entrepreneur at heart, even in childhood when she’d sell snow cones and McDonald’s toys in the neighborhood! When April mentioned the idea of creating birthing gowns, Aleena though, “Oh, that’s a business! We can do that!”  And set off contacting manufacturers. “If we change their clothes and change their mindsets, they will show up how they want to show up.” April and Aleena discuss the community aspect of Dear Darby and how they are hoping to influence birth for so many. “Women need women… especially in birth, and just in life.” instagram.com/dear_darby www.deardarby.com Sizes range from small-3x Facebook Group: The Darby Clan

Changing what you wear can be a very powerful way to change your perspective- empower, give autonomy, Women need women- There is such a sisterhood to be had when we allow ourselves to become close with mothers around us- of varying ages and stages!